One from a set of five mixed media images depicting Avebury Stone Circle and the surrounding area.

Around Avebury II is one of a set of five hand embellished monoprints. My aim was to capture the character and setting of the wider Avebury henge monument not just the stone circle that most people know. All five are in substantial hand made oak frames to a consistent size. Images are about 6″ x 4″ (150mm x 100mm) and framed to about 13″ x 9.75″ (330mm x 250mm). The moulding is about .75″ (20mm) wide.

The images and motifs of Neolithic art and monuments are a constant feature in my work. Sometimes this is explicit as here, at other times as a more general source of inspiration.

You can find the others in the set here:

Avebury henge and stone circles are in Wiltshire. They date from roughly 2850 BC to 2200 BC.  The henge survives as a huge circular bank and ditch, encircling an area that includes part of Avebury village. Within that is the stone circle, the largest in Britain. The main circle was originally of about 100 stones. It encloses in turn two further circles.  The monument is only a part of an extraordinary set of Neolithic and Bronze Age ceremonial sites that seem to have formed a vast sacred landscape. Other sites include the West Kennet Avenue, West Kennet Long Barrow, The Sanctuary, Windmill Hill, and the intriguing Silbury Hill.

Together with the equally impressive Stonehenge, they form the Stonehenge and Avebury World Heritage Site. Stonehenge, Avebury and Associated Sites was added to the World Heritage Site List in 1986.  It was one of the first seven sites to be nominated by the UK. Stonehenge and Avebury were nominated for their outstanding prehistoric monuments from the Neolithic and Bronze Age. These include Stonehenge (3000 – 1600BC), the most famous and sophisticated stone circle in the world, the immense henge and stone circle at Avebury and over 700 other monuments spanning around 2,000 years of history.

There are no reviews yet.

Only logged in customers who have purchased this product may leave a review. 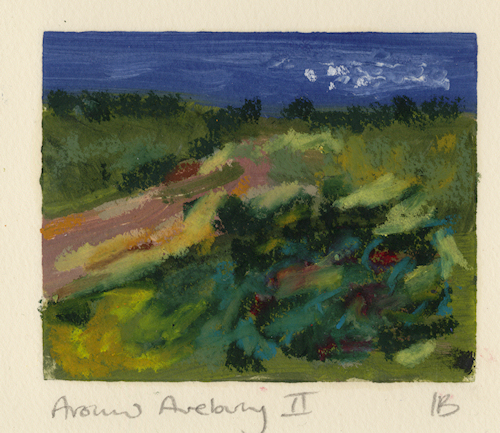